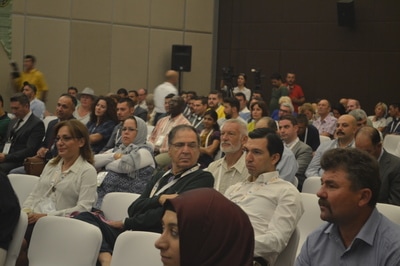 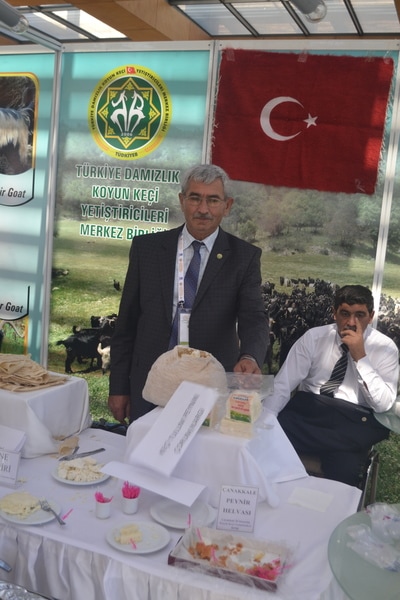 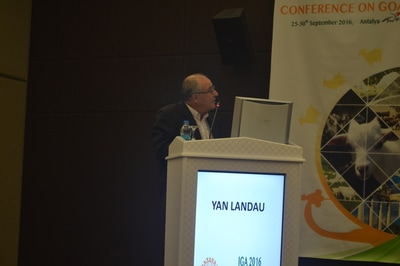 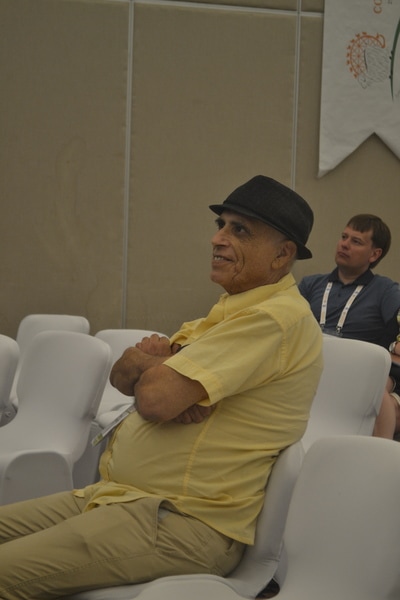 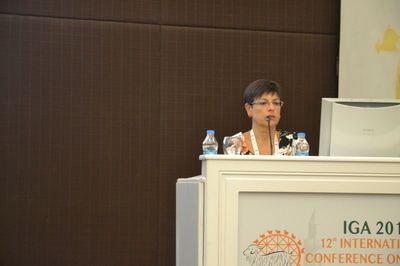 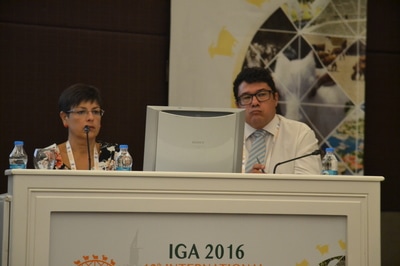 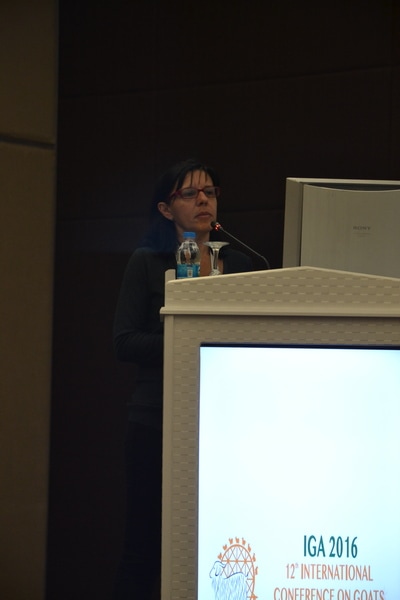 Scientific Topics
We kindly invite academy/faculty members, researchers, students as well as industry professionals who are interested in, presenting their research and/or academic experience in goat production, sustainability and animal health or related topics, to participate in the ICG 2016 Conference to share their works.

There will be also round table meetings for industry professionals to discuss latest developments on goat production and there will be workshops about different topics.

Selected papers from oral and poster presentations will be published in Small Ruminant Research, published by Elsevier.
What is the current goat situation in Turkey?
The goat population of Turkey started a downward trend beginning in the 1990s (Table 1). Presently, the goat population totals approximately 7.25 million head, mostly from local breeds that have a low production capacity.

Until the 1960s, Angora goat farming was very important for Turkey producers because Angora (mohair) prices were very high and mohair was an important export item. Due to a loss of interest for mohair by the textile industry, the goat population (especially the Angora goat) decreased sharply and large numbers of Angora goat producers gave up goat rearing. ​
In addition, during the last 3 years, the Ministry of Forestry and Water Affairs (MFWA) objectives have been to decrease goat rearing in the forested areas of Turkey. With this aim, MFWA has prepared several kinds of support programs for goat producers located in forested land areas. While some goat producers accepted these support incentives, others would not accept them, the reason being that nomadic people believe that goat production is a lifestyle and, therefore, would like to adhere to their traditional production systems.

The other important topic is that nomadic people produce significant amounts of traditional animal products. From a human health standpoint, however, sanitary conditions under which these products are produced need to be improved. Therefore, these products have limitations for competing in real market conditions. Conversely, goat milk significantly contributes to goat producers’ income in some EU countries. For the last five years, the demand for goat cheese and goat milk products has been increasing and intensive goat production operations have been developed by private sector investor concerns in the western part of Turkey.

In Turkey, the structure of small ruminant production is traditional and the range of meat and milk products is limited. In addition, a significant portion of animal products derived from goats and sheep are produced under primitive conditions as small ruminant producers do not have adequate information about effective and sanitary production techniques. Furthermore, there is no milk collection system. It follows that goat and sheep producers need to be trained on effective production techniques for the manufacture of wholesome animal products, and an organized milk collection system must be established for small farmers.

The other big challenge has to do with social and cultural aspects of small ruminant producers. Some nomadic people do not want to adopt a sedentary system. In addition, some tribes have very interesting lifestyles and customs that should be conserved for cultural values.

In addition to several universities and research Institutes, the Ministry of Food, Agriculture and Livestock (MFAL)  is currently carrying out some research projects to improve the level of goat production in Turkey. One of the most important projects of MFAL is the National Livestock Project under Field Conditions which was started in 2005 and is being expanded to encompass 140 sub-projects counting with 900,000 goats and sheep. Some of the sub-projects names are Kilis, Hair goat, Honamli and Angora goat. These projects have been, implemented in different provinces of Turkey such as Ankara, Kilis, Antalya and Hatay. More than 300 goat producers already have joined these projects with a total of at least 50,000 goats.

Turkey as a country is a large goat producer, possessing 40 percent of the entire European goat population. Despite challenges of many kinds, there is still interest from goat producers to rear goats as the Turkish population is accustomed to and likes meat and milk products derived from goats. In addition, Turkey has the necessary resources for producing meat and milk products from goats. One of the biggest advantages of Turkey is her geographical proximity to neighboring Middle East countries for the export of goat products. MFAL is assessing projects in several regions of Turkey in which goat producers are supported directly by MFAL. The Turkey Sheep and Goat Breeder Association has been established but is not yet operating at full potential. Nonetheless, effective support from the association could motivate its members and stimulate producers to improve production levels and profit margins.

In addition to an increase in motivation in the private sector during the last 5 years, extensive and semi-intensive goat farms can be found in different parts of Turkey such as in east and central Anatolia, and the hilly Mediterranean region. In those regions, however, the present situation of the goat sector is rather primitive and has been plagued by difficult problems. These problems are the results of many factors, among them the legal situation of nomadic herders, the lack of organized breeding programs and technical support, organizational, social and marketing constraints, and product diversification. The most important problem is the legal situation of goat producers. In 2012, a plan was developed to allow goats grazing near forested land and in forested areas through collaboration between MFWA and MFAL.

The Mediterranean region of Turkey is inhabited by a very large nomadic tribe of goat breeders that has a traditional lifestyle. Goat milk products are sold in small local markets but from a human health standpoint manufacturing techniques need to be improved. The goat population is still large but goat yields are very low. There is a need to improve yield traits of native goat breeds. Goat producers should be supported by the government, the private sector and by producers’ associations. Goat associations supported by MFAL as well as the organizational infrastructure should be improved. Despite all of these difficulties, it is possible to find very modern goat farms as well as wholesome goat products in the farmers’ markets of large cities.